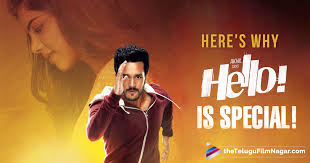 Hello, It is now clear that Akhil’s second film ‘Hello’ is a flop. The film hasn’t been able to collect much in Andhra Pradesh and Telangana. Though it did exceptionally well in the US, the domestic market didn’t respond in a similar manner.

Akhil is now facing criticism from Akkineni fans. They had hoped that Akhil would deliver a massive hit with a movie produced by his father. But it needs another Rs 20 Cr to reach the break-even point, which is impossible. With two back-to-back duds, the fans are unforgiving.

However, there is general feeling that Akhil should not take a break or wait for big directors. If he really wants to be successful, he should work with new directors and do pure love stories rather than resorting to kid-romances or action-dramas, feel some industry insiders.