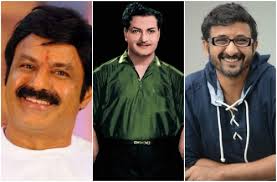 The news about NTR biopic is shaking the film industry. Ram-Gopal-Varma already announced a biopic and then Balakrishna also announced a separate project. Balakrishna also updated that the pre-production works of the same started. Varma clearly revealed the start date and release date of this project but there is no clarity on Balakrishna’s project with Teja.

Balakrishna initially planned to finish the film as early as possible so that he can release it during the elections. The latest update is that Balakrishna has paused the works regarding this movie. The makers planned to begin the shoot from January 18th but it looks like they have changed the plan. The latest update is that they wanted to start the film in a grand manner on 28th May marking the occasion of SR NTR birth anniversary.