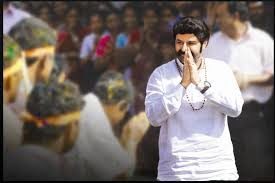 Natasimham Balakrishna, has revealed several times in the past that he watches only his father Nandamuri Taraka Ramarao films… he will not watch any other films except his legendary father’s films.   People will be just wondering at his statements because he is one of biggest Telugu stars in South who command massive fan following… how can he miss to watch other’s films?

We all know about this… but Balayya recently surprised everybody by saying that he is watching the films of other languages in world cinema.   One would wonder why this sudden change in Balayya? The reason is NTR biopic.  He wanted to make his father’s biopic a memorable film, so he is watching the best biopics of world cinema.  He also revealed that his video library consists of NTR films and a few ANR films as well.