BJP will get Demonetization-like Shock In Lok Sabha Elections @ Shivsena

BJP will get Demonetization-like Shock :

A major obstacle has come up on the Delhi route, via Uttar Pradesh with the help of the Congress, SP,

BSP, There are similar reports emerging from Bihar where Congress & Rashtriya Janata Dal are forging alliances with other parties. There are strong signals of change of power at the Center, the Sena said, 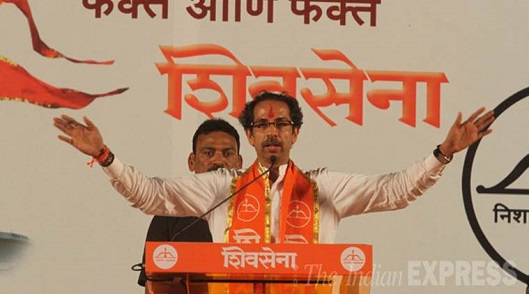 BJP will get Demonetization-like Shock

Shiv Sena, the estranged ally of the ruling BJP, claimed that the saffron party will get a demonetization-like, shock in the 2019.

For now, the bouquet of  jumlas (falsehoods) has now wilted. The last resort is to create caste divisions &  polarization, the Sena said.

BJP seem to have realized this & have already launched their poll campaign, it said.

In normal circumstances, Such haste has never witnessed, ever when the government & its head have plunged into full-fledged canvassing almost a year before the elections.

Now, the masses feel that in order to strengthen democracy, the Prime Minister & Chief Ministers must keep away from the poll campaign, The people elected you to do their work, not carry out your party’s duties.

The people who feel cheated know too well how to teach them a lesson, similar to the demonetization bombshell, the Sena warned.

The editorial said there was growing unrest in all parts of the country including Maharashtra, Uttar Pradesh, Bihar, Gujarat & Rajasthan.