even took the matter to Balakrishna and interacted with the director Ravikumar and informed him that this shouldn’t have happened. 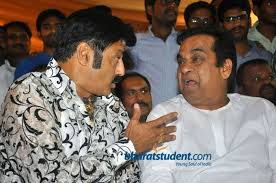 Balayya’s upcoming Movie Jai Simha direction by KS Ravikumar is ready for grand release on Jan 12, 2018 offering Sankranti treat to everyone. In the meantime, rumours are spreading that star comedian Brahmanandam is angry with the makers of Jai Simha.

Sources say Brahmanandam recently dubbed for his role and during that time he turned furious on the film unit. Inside talk is the makers reduced his role to more than half.

Makers however pacified him that they were forced to delete the scenes due to the film length and promised to include them once the film gets a positive talk.

Buddha Statue can be Unlucky @ Hyderabad ?