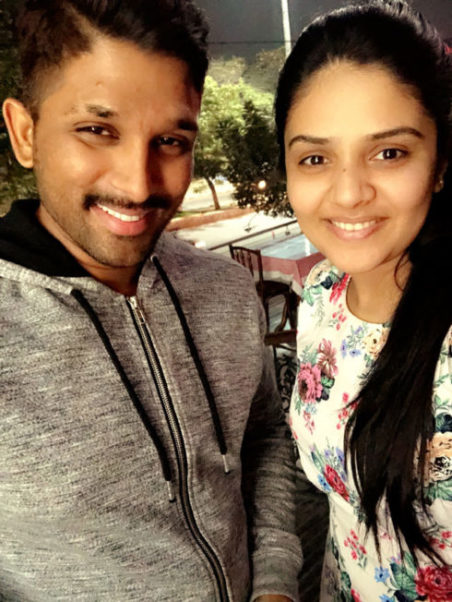 If an actress plays a hero’s sister role in a film, there is no rule that she should do similar roles in future.   But popular anchor Sreemukhi is reacting in a contrasting manner.  It is known that Sreemukhi played the role of Allu Arjun’s sister in ‘Julayi’.  There is no need for her to feel that Stylish Star is her brother even now.  She has recently shared a photograph with Allu Arjun and tweeted that “Met my Julayi brother @all Arjun after ages!”

We can say that it is a risk calling a star hero as a brother.  Usually, actresses refrain themselves calling heroes as brothers because they may miss the opportunity of pairing with them in future.  It seems Sreemukhi is not much worried about such things.