Shocking Decision on The PM Candidate :

The grand old party also clarified that a decision on the prime ministerial candidate would taken after the election results,

However, Gandhi clarified that he would not mind supporting a candidate from one of the allies, so as the person was not backed by the RSS. 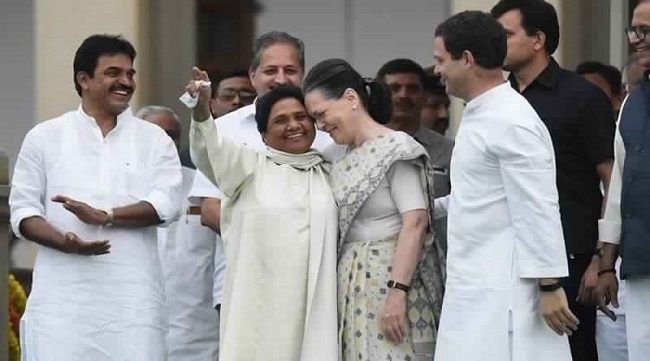 Shocking Decision on The PM Candidate

The sources said the Congress was looking at a two-stage action plan for the 2019 general elections,

All opposition parties looks to defeat Modi on 2019 Elections,

The BJP/RSS and the leadership issue will be taken up on the basis of election results.

The Congress feels that discussing a post poll scenario could prove counter-productive & divisive for the opposition alliance, they pointed out.

The party has to forge alliances for short-term goals in various states, but an opportunity was emerging for the party to strengthen its base in Uttar Pradesh and Bihar, the sources said.

With Congress authorizing party chief Rahul Gandhi to forge such alliances with like-minded parties on state-to-state basis, party insiders say views of state units will be taken into consideration before such tie-ups. The interests of state PCCs will be protected before forging any state-level or national tie-ups, the sources said.

The Congress also feels that it will win the Rajasthan, Madhya Pradesh & Chhattisgarh assembly elections later this year. The party will focus on selection of right candidates for these elections, the sources said.