After French director claimed that this movie is quite a bit like his Largo Winch & also openly shared the news on Twitter, 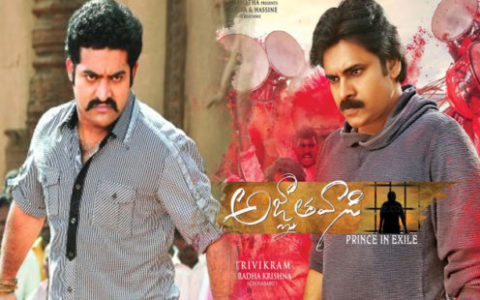 Now, a new controversy has sparkled, and it is that the theme of this film has copied form Jr NTR’s Dhammu, which released seven years ago.

Directed by Boyapati Srinivas, in Dhammu also Kota Srinivasa Rao wontedly sent his grandson to some other place and made him face all the struggles just like in Agnatavasi.

In this film also Boman Irani, wants Pawan Kalyan to grow up as a hard worker without any interest on his money. And again, the same concept, Jr NTR comes back to his family to help them like in Agnatavasi.