First Look : Dhanush is back

By : legandarywood
Comment: 0
Tag: Dhanush, Dhanush is back, Vada Chennai

Dhanush has a good rapport developed with directors like Selva Raghavan and Vetrimaran. Both of them were able to deliver big hits and also bring out the actor out of Dhanush in a new angle, every time they came together.

Vetrimaran made his big commercial break through hit, Polladhavan. Then, both came together to make, Aadukalam. The movie won a National Award too. Dhanush got National Award for best actor for the film.

Both of them have been announcing that they will come back together with a franchise film, but they have been postponing it due to various reasons.

Now, after Visaranai, Vetrimaran is back with Dhanush. They both are making Vada Chennai.North Madras is explored in this movie as the areas near Vadapalani and North Chennai, are known as gangster base of the city.

Dhanush is playing a carrom player from that area and he is arrested by police in the first look poster. Seems like a rustic and rugged film from Vetrimaran once again. This will be a franchise, if Vada Chennai becomes a blockbuster as expected. 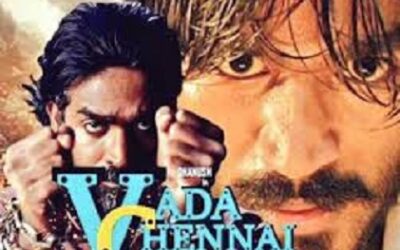