The Bengali model turned into actress looked elegant on the femina cover page. The same picture has been currently buzzing all over the social media and with miss India crown, 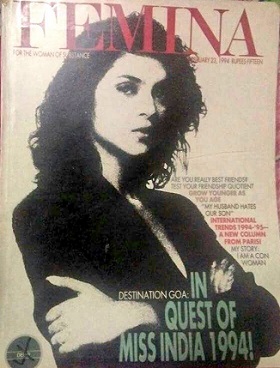 A lot of people have aimed big looking at the actress as an inspiration. The best part is that the actress who is 42 now is still looking beautiful with a well-toned physique and throwing all the fitness schools to the young woman in the country like how she did two decades back.