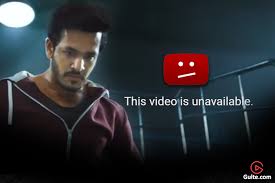 Akkineni Akhil’s upcoming movie Hello is undoubtedly one of the much-anticipated movies in Tollywood. Recently, the teaser of Hello movie got removed from YouTube which shocked the fans. The reason why it was removed became a suspense among Telugu audience. Is it a mistake? Or YouTube intentionally removed it because of massive number of likes?

Usually, when Annapurna studios sell the digital rights to someone and when other website posts the video then it will be removed. But Hello is Annapurna Studios own movie and own the digital rights on it too. The point is music director Anup Rubens composed the tunes of the film.

Epic North company based in Finland specially composed music for teasers. The team worked hard in the quality of the music. But Hello team used the music that was supposed to be given to ‘Exosuit’. Who will accept when someone uses their music without their consent? So, the teaser of Hello got removed from YouTube.

Kangana May Support to Deepika !!!