The actress wore a black tank top and appeared with a tiny pony tail. 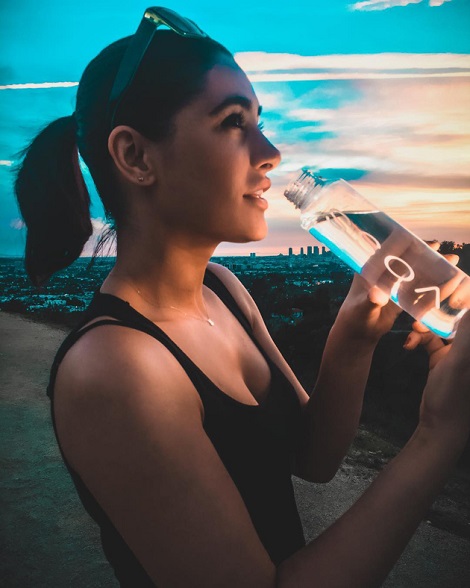 She is seen drinking water and we can see the sweat on her face. The actress is leaving no stone unturned in doing the right workouts for maintaining a proper physique. This hot picture surely stuns everyone as it speaks a lot about her beauty.