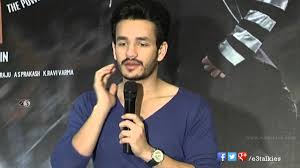 Akkineni had an interaction with the media post the release of Hello and shared his views on the verdict of both the films. Speaking about his debut film Akhil, the actor said he was disappointed to the core with the movie’s result.

“I watched Akhil, 30 times to know what had gone wrong in the movie’s failure. My dad had no role in finalizing the script. The selection of script was my own choice”, Akhil admitted.

“Hello could have accumulated more collections had MCA was not in the marquee. However, two films can easily be accommodated and audience can also make them hits. Whatsoever, I’ll watch Hello for five or ten times to get improved for next movie. I’ll finalize next project soon and will make an official announcement on January 10,” Akhil added.

Relationship behind the screen @ Jai Simha