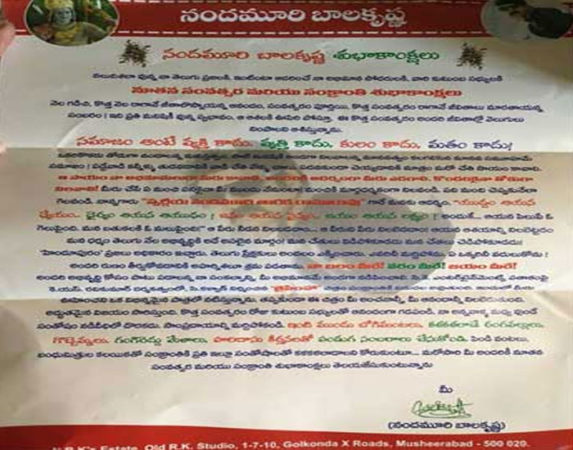 Nandamuri Balakrishna has won the hearts of his fans through an open letter in which he delivered an excellent message apart from conveying new year and Sankranthi wishes.

Balayya said society is not just confined to a caste or religion and a profession. People of all sections who cooperate one another among themselves form a better society. Balayya called for his fans to serve the society.

On the other hand, Balayya described the importance of Sankranthi festival. He reminded how gobbemmalu, gangireddhulu and pindi vantalu made the festival rich in its culture and tradition. He seeks the lives of people get cherished with flying colors in this festive season.