LJD to be Part of Anti-BJP  for Lok Sabha Polls :

Sharad Yadav, hit out at Bihar CM Nitish Kumar on Muzaffarpur rapes case, saying that it should be Investigate with a retired judge & the state government should act in the matter responsibly, 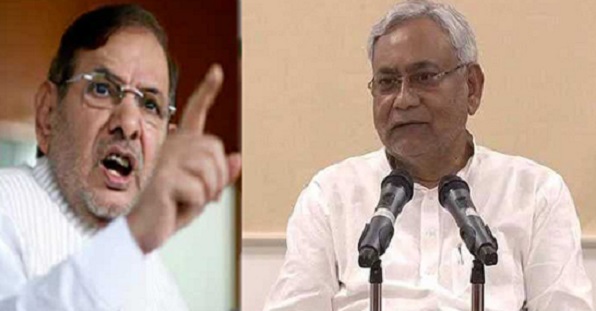 LJD to be Part of Anti-BJP  for Lok Sabha Polls

Congress will be at the forefront of the Grand Alliance. We will support it and anyone can be the prime minister, he said at a press conference here.

About the Assembly election due later this year in Rajasthan, he said the LJD will contest on 50 seats.

On the debate over the final draft of the Assam National Register of Citizens (NRC), which excluded over 40 lakh people, the LJD leader said the Center should hold an all-party meeting to discuss the issue.

Attacking CM Vasundhara Raje over her Rajasthan Gaurav Yatra, he said despite problems of mob lynching, farmers’ suicide & unemployment in the state, she was carrying out the rally to garner votes.

He had said the opposition parties should uproot the BJP at the Center as well as in Rajasthan.

Rahul Gandhi Asking The Government Where is the Jobs ?