Controversies always make movies work at the box office. Sometimes they create a special interest in the movies but sometimes they also generate a poor buzz. 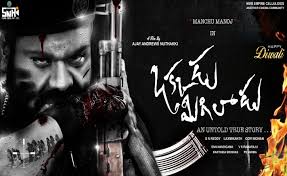 Expecting doubts regarding the same

Most of the time the films only get benefited with the controversies, the film is expected to project LTTE Prabhakaran and throw Rajeev Gandhi in poor light.

The Congress leaders are expecting doubts regarding the same,

the party senior leader Pongaleti Sudhakar Reddy also made a statement regarding the same.

As there is a war that happened between LTTE gang and Rajeev Gandhi,Pongaleti has clearly stated that he and his party members will not spare the film unit if they have projected Rajeev Gandhi in poor light.

It looks like this controversy will also help Okkadu Migiladu to gain some buzz at the box office.

Upasana Does This When Got Angry At Cherry