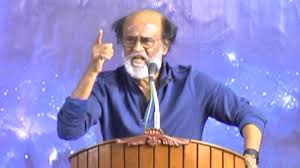 Super Star Rajinikanth arranged Fans Meet from December 26th to 31st to make his intentions clear on the political party. Already, He indicated about the big announcement to be made on December 31st. All these developments gave a hint about Thalaivar’s political entry.

On an average, Rajinikanth has been meeting 1,000 fans per day. He isn’t only seeking ideas from the people but also kept sharing his views on certain aspects. On the other hand, Superstar has been in touch with political analysts to analyze the winning chances if he floats political party and alliance with other parties. While a section of Media confirms the possibility of political entry, Analysts predict it mayn’t happen anytime soon.

If the buzz is true, Rajinikanth has been considering the name ‘Rajini Peravai’ for his political party.