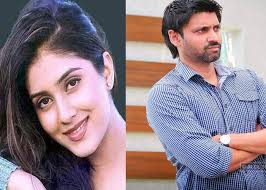 Sumanth is currently happy being single. The actor was married to heroin Keerthi Reddy but later he got a divorce and is staying single. Their marriage life lasted for just one year.

Sumanth revealed that his relationship with Keerthi lasted for only one year. “We understood that we are very different as people and can’t live together for long.” told the actor who added that they then decided to part ways without a second option.

Sumanth also revealed that he is happy as Keerthi was remarried. Sumanth told the media that he still maintains a good friendship with Keerthi. There were rumours that Nagarjuna played a crucial role in Sumanth getting a divorce but Sumanth cleared off all the speculations saying that Nag has no involvement in this.