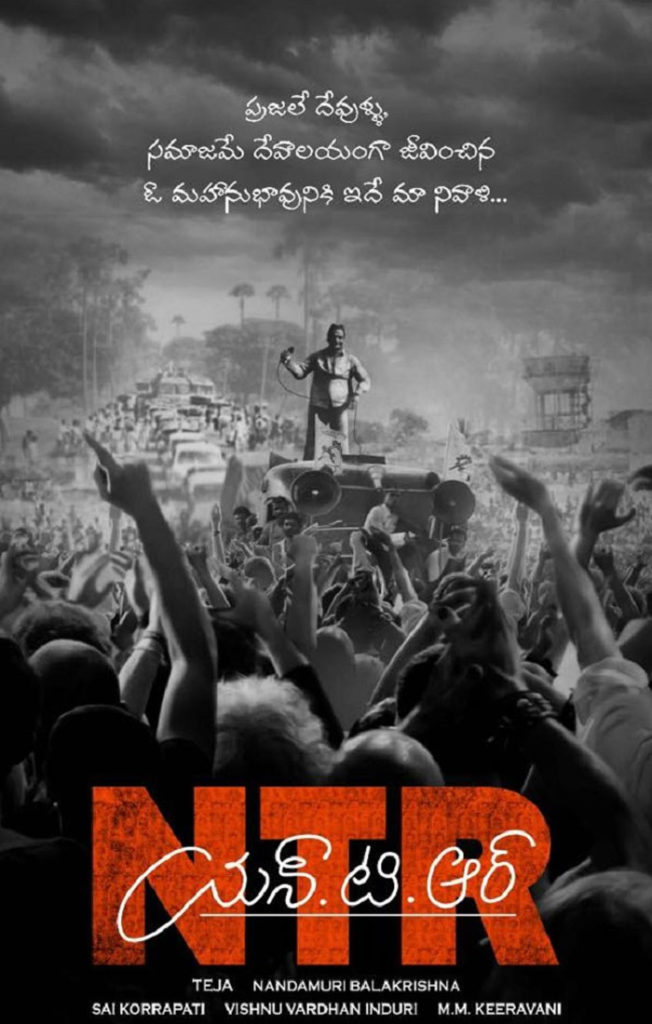 Nandamuri Balakrishna paid Quality Look to his father late NTR on the latter’s 22nd death anniversary. One of the much talked about films of Tollywood, NTR’s first look has been unveiled by the makers today.

The poster consists of NTR’s road show during an election campaigning. “Prajale devullu samajame devalayamga jeevinchina o mahanubhavuniki idhe maa nivaali”, words are also read on the poster. However, Balakrishna is not seen in the pic which maybe out soon. Initially, the first teaser of the film was supposed to be released today. But then, due to some technical issues first teaser’s launch has been pushed to this month end.

Apart from Balakrishna, Sai Korrapati and Vishnu Vardhan Induri are also taking production responsibilities of this film while senior director Teja wields megaphone. MM Keeravani scores the music & NTR film’s shoot will kick-start on May 28 which falls on the birth anniversary of the thespian while the film is expected to hit screens sometime around this year end. 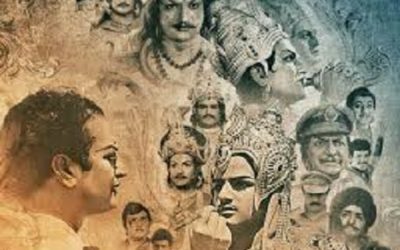