Speaking in the state assembly, Banerjee said the Central government was falsely claiming that it has increased the MSP of Kharif crop by 50 per cent, when it had hiked the rates by only Rs 200.

The Prime Minister is misleading the people on the issue. He is spreading misinformation, she said, 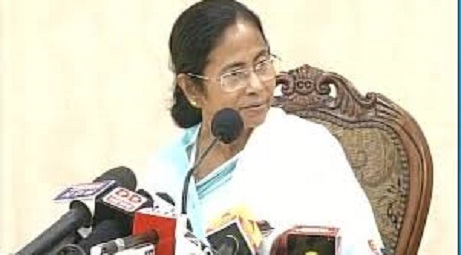 The Central government recently approved a hike in the MSP for Kharif crops for 2018-19.

Banerjee alleged that 12,000 farmers have committed suicide in the country, but none of them were from West Bengal.

She asked the centre to raise the KCC limit to Rs 2 lakh. At the same time it attacked the centre for reportedly coming up with a proposal to display Modi’s photo on KCC forms.

We pay the larger share of the money – 60 percent, while the central government gives only 40 per cent. But recently, we came across a report that the Prime Minister’s photo will be displayed on the forms.