A Rare Blue Diamond which one of the Famous Jewels !

By : legandarywood
Comment: 0
Tag: A rare blue diamond, A Rare Blue Diamond which one of the Famous Jewels

The geological history of blue diamonds is even more complex, according to research had publish on Wednesday examining these exceptionally, 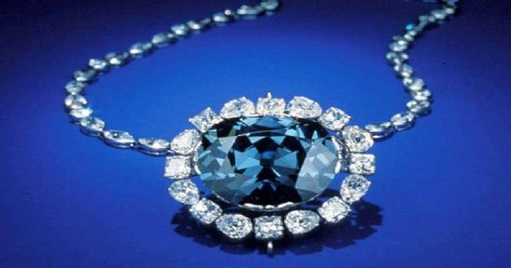 Valuable gems, a rare blue diamond that is one of the world’s most famous jewels, had a complicated history,

Through the hands of monarchs and bankers and heiresses and thieves before landing for all to see at a Museum.

Scientists analyzed 46 blue diamonds, including one from South Africa that sold for $25 million in 2016, and determined that they can form at depths of at least 410 miles (660 km), reaching into a part of the Earth’s interior called the lower mantle. Tiny mineral fragments trapped inside them provided clues about the birthplace of the diamonds.

Blue diamonds comprise only about 0.02 per cent of mined diamonds but include some of the world’s most famous jewels.

Diamonds are a crystalline form of pure carbon, forming under enormous heat and pressure. Blue diamonds crystallize alongside water-bearing minerals that long ago were part of the seafloor but were shoved to great depths during the inexorable movement of the immense tectonic plates that shape Earth’s surface, the researchers said.

Although rare, some even have prominent hues of, for example, yellow, brown, pink or green. About 99 per cent of all diamonds form roughly 90 to 125 miles (150-200 km) underground  shallower depths than the blue ones.

Be Aware Of Fake Apps on your Smart Phone !