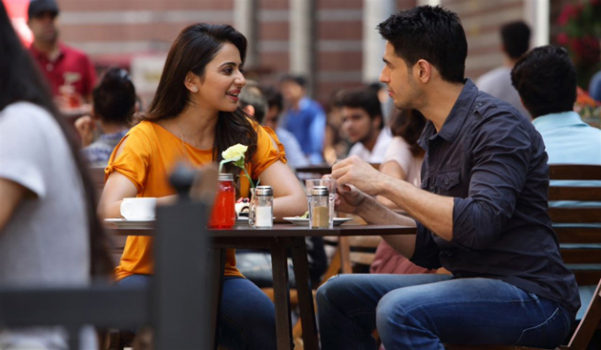 Tollywood hottie Rakul Preet Singh, recently signed a new film in Tamil in which she will be seen alongside Surya. The actress pinned big hopes on her comeback film in Bollywood, but she was left with nothing but a disappointment now. The actress who was hoping to witness the result of her movie Aiyaary received a shock with the postponement of the film. Rakul made her debut with the film ‘Rakul’ in 2014, but it failed to bring her recognition.

Later, Rakul made a successful career in Telugu film industry. After a long time, the actress signed a Bollywood film ‘Aiyaary,’ directed by Neeraj Pandey of ‘Special 26’, ‘Baby’ and ‘MS Dhoni’ fame. Young hero Siddharth Malhotra plays the lead role. The film is tipped to be a patriotic drama. The makers initially planned to release the movie for Republic day, but they have postponed the film to 9th February to avoid a clash with two other biggies “Padmavati” and “Padman.”

Rakul Preet Singh who invariably failed in South with her recent films hoped to score her first hit this year with Aiyaary, but she had to continue her waiting mode.