Amitabh walked out of the project : 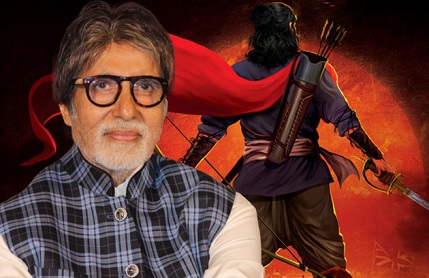 Regarding ‘Sye Raa’, One rumour says that an actor walked out of the film and other rumour says that a technician walked out of it. ‘Sye Raa’ team issued several clarifications on those rumours till now.  There were even rumours after the completion of the first schedule as well.  The rumours said that Mega team replaced director Surender Reddy with another director.  But all these rumours found out to be false later.

The fresh rumours say that Bollywood Superstar Amitabh Bachchan walked out of the project.. and ‘Sye Raa’ team is searching for a replacement his replacement. But mega team immediately swung into action and condemned the rumours.  They are saying that Amitabh will definitely act in the film but there is still time for him to join the shoot.

They are also saying that Amitabh’s role screen time is not very long in the film. He is playing the Uyyalawada Narasimha Reddy’s Guru role in the film and it is a crucial role. ‘Sye Raa’ team is hoping that Big B’s presence will help the movie to achieve wider reach-ability in North India.  They are planning to repeat ‘Baahubali’ feat with their film again in Hindi.  We have to wait and see how far they will succeed in their attempt.