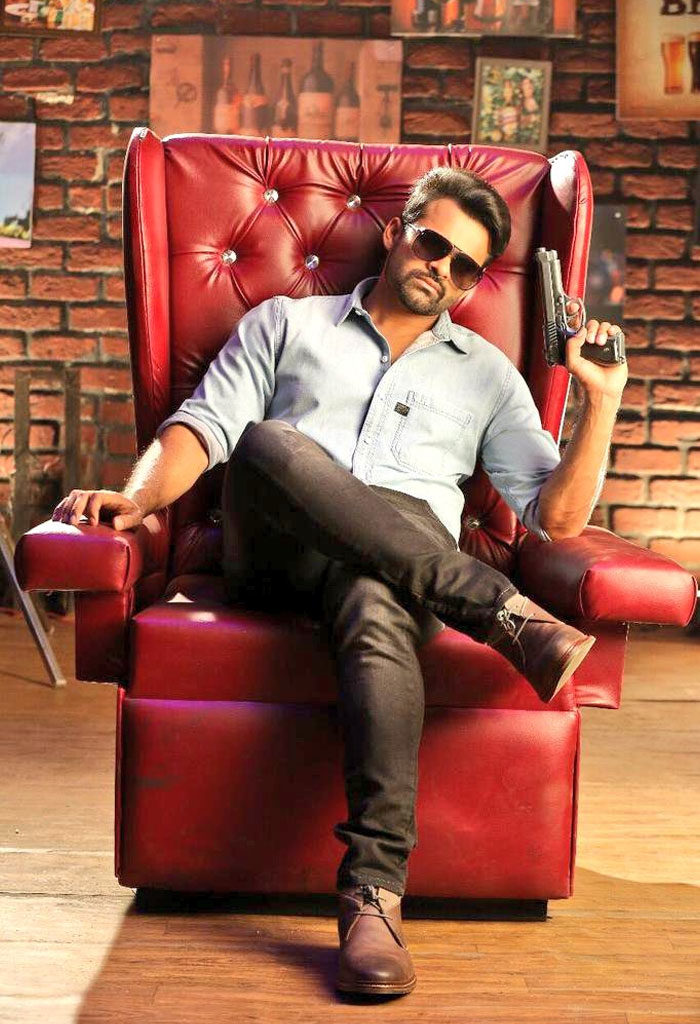 And the above Still of Sai guarantees the powerful performance from Sai. Holding a revolver in hand and sitting in an executive cushion chair, Sai simply appears like a don in the pose.

Meanwhile, the makers are contemplating to lock the title ‘Dharma Bhai’ which partly has a resemblance to Sai Tharma Teja’s name.

Lavanya Tripathi is doing opposite to Sai Tharma Teja in this action-packed entertainer. Gopi Sunder composes music. The movie is being produced by C Kalyan on CK Entertainments. Sai needs to strike back with this film as his recent ventures were flopped at the box office.

Sudden star is suddenly came to aside @ Mahesh