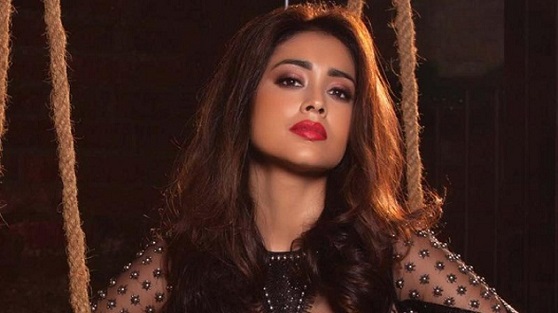 Tollywood Actress Shriya Saran, is popular not only in South but she has craze in North as well. She has been making her presence felt in the glamour industry for the last fifteen years. She is still maintaining the same glamour and she has plenty of offers in her kitty. The latest News from the Film Nagar reveals that she is getting ready for the marriage soon.

Though it is a disappointing news for her die-hard fans.. they have to digest it. Shriya reportedly fell in love with a man from Russia a few months ago. Shriya fell in in love with him within just a few days of meeting him. The couple has decided to get married and they have intimated their parents about it. Both families have discussed regarding the marriage and gave their green signal to the couple. They are getting ready to fix the marriage date. The Bollywood reports went on to say that they have already finalized the venue for the marriage.

Shriya is planning a destination wedding in Rajasthan. She never revealed about it officially but she said in a recent interview that her family is pressuring her to get married. Some people say that Shriya marriage is already fixed so, she is dropping hints with this kind of statements.