There is a need to have a consensus on what constitutes fake news, Prasad said.

The minister Ravi Shankar said several URLs have blocked by these, 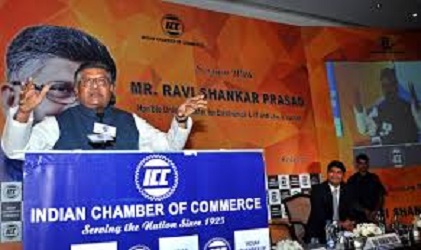 Prasad was responding to several members who had raised questions about the spread of fake news on social media sites such as Twitter, Facebook & Whats-app & sought to know,

what the government was doing in this regard. Some incidents of lynching were also linked to the spread of fake news.

could even be seen as abettors.

He said it “does not really need rocket science to find solution to the problem” & added that the social media platforms had asked to take steps. He mentioned the appointment of grievance officers by such companies as one possible measure.

Responding to other questions, Prasad said the solutions to a lot of problems maybe found under the ambit of the existing laws.

We are trying to find administrative and technological solutions, he said.