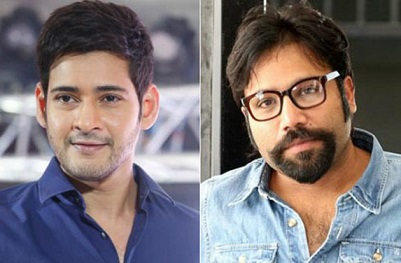 Super Star Mahesh Babu’s,  Last two movies have been biggest disasters and the trusted directors like Murugadoss also, failed to give a hit film with him. Out of five films, in past four years, four ended up as disasters and only one of the four, Nenokkadine is liked by his fans.

Hence, the fans of the actor are asking him to look out for popular young directors who understands his image and deliver a movie with content.

The  actor seems to be also thinking on that lines and he called Sandeep Reddy Vanga, after watching Arjun Reddy and asked him to pen a script for him.

The actor gave his word to the young director that he will surely do a film with him in near future. As off now, he has commitments to fulfill like Bharat Ane Nenu and Mahesh25 in the direction of Vamshi Paidipally.

Also, a film with Trivikram Srinivas and SS Rajamouli are rumoured too. On the other hand, Sandeep Reddy wants to take his Arjun Reddy to Bollywood and he will be busy with it for at least an year.

Well, we have to wait and see, if these two will come together soon for film and if it will be, ‘Sugar Factory’?