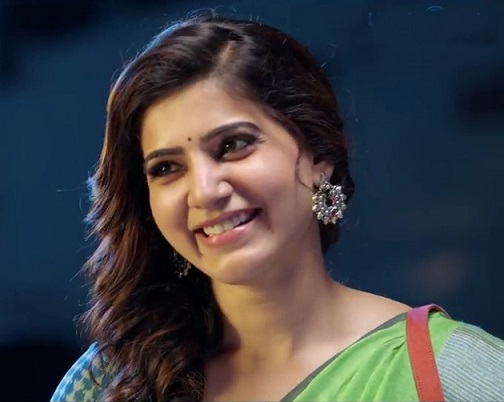 Tollywood Beauty Samantha, who is Acts the movie Abhimanyudu with Vishal, in Tamil and Telugu.

Vishal wanted to release the movie in January but due to unfinished works, the movie got delayed for summer release.

The team released Angry Bird Song video with the making. Vishal and Samantha looked cute with each other and also, shared a good chemistry.

In the entire song shoot, they both seemed to have funny banter going on. Samantha even after her marriage to Naga Chaitanya, seem to be pretty sure about her career path.

Well, she impressed us as Ramalachimi, a village girl from 1985, in Rangasthalam Teaser and now, as a employed urbane woman in this year.

She seems to be on a role in choosing characters and this video, proves that good actors can put up chemistry with any actor. Yuvan Shankar Raja’s tune is also highly catchy. Here is the video for you..