the soldier who saves the heroine from that location is our hero, 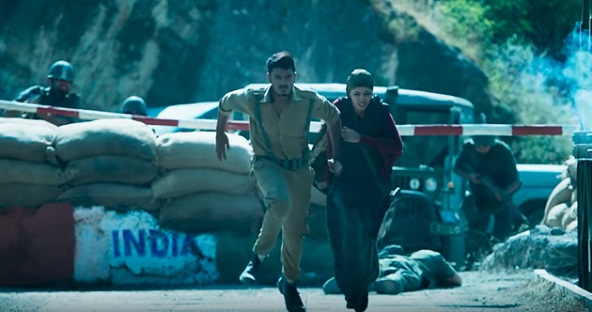 Puri Jagannath is launching his son Akash Puri with his latest film ‘Mehbooba’. Kannada heroine Neha Shetty is the heroine of the film. If we watch the teaser, we will understand that Puri made the film sincerely by sticking on to the title and the story. A military base near the border.. a helicopter attack on the base..  Visuals are very rich in every frame.. cinematography, visual effects are impressive. By watching the teaser, we can say that Puri appears to have made the movie in the lines of Bollywood film ‘Hyder’.

Majority of the audience were thinking that Puri is making some routine film in his style.. but Puri has shocked all of them with the teaser. Indo-Pak love story.. war backdrop.. action-romance. It seems Puri’s son Akash may score marks with the first film itself. Let us wait and see.