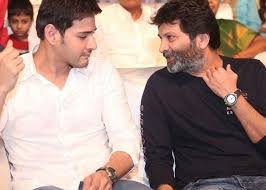 Trivikram & Mahesh Combo … The rumors started that there are some issues going on between Trivikram and Mahesh. In fact, Trivikram was supposed to do a movie with Mahesh after completing the project with NTR.

In an interview, Venky himself revealed that Trivikram has narrated a multistarrer script to him and he really liked it. On the other side, Trivikram is going to mark Mahesh’s 26th film.