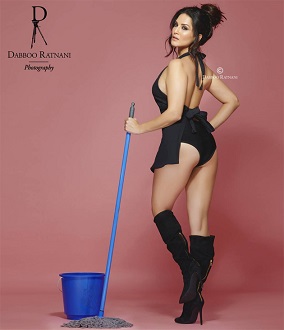 Sunny Leone has been the most searched Indian celebrity for three years in a row now. Even though her films haven’t been doing great, her popularity has been at its peaks these days.

But the actress being the true ambassador of the campaign decided to celebrate the clean India, image by posing on Daboo Ratnani’s calendar in a black bikini with mob and bucket.

This shows how much she is in sync with the campaign and, promotes the healthy image while fans ogle at her beauty.